The True Meaning of Entrepreneurial Freedom 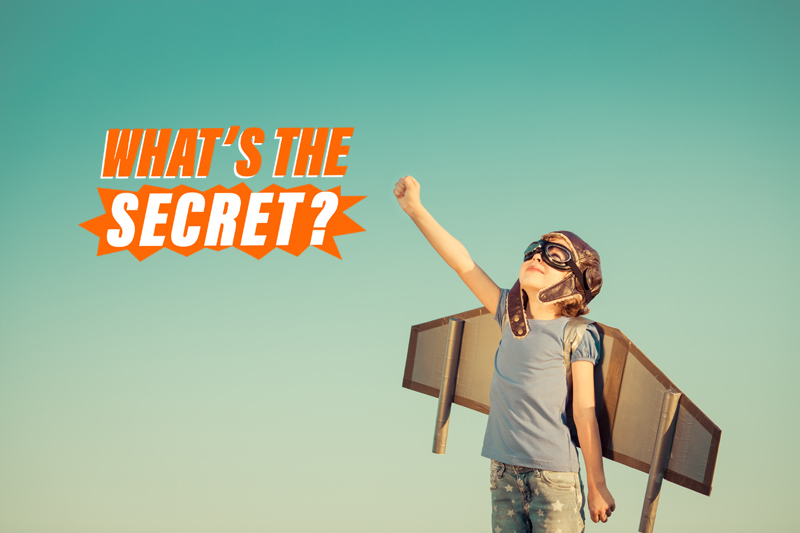 3 Ways You Can Achieve True Freedom In Your Business

When I think of freedom, I think of the movie “Braveheart.” William Wallace and his loyal companions fought for independence from England. They wanted to become masters of their own destiny.

We tend to admire that drive and hold personal liberty as a supreme value. From there, however, a limited view of freedom creeps into our business and sabotages us.

A desire to “break free” inspires us. But there is a price to pay for it, just like there was for those Scottish warriors. A successful entrepreneur makes sacrifices to reach their goal. But “sacrifice” rarely feels like “freedom” while you’re doing it.

We want “freedom from,” instead of “freedom to.” As in, “Freedom from deadlines, bosses, a set schedule, or a fixed income. Freedom from hard work. Freedom from responsibility. We think we desire “liberty,” but what we really want is “license.”

Instead, we should desire the freedom to work hard, build a business, and leave the world better than we found it. When we desire freedom for its own sake, we miss the point. It ought to be a byproduct of success rather than the central outcome.

For more tips on reaching your desired outcomes, check out my “What’s The Secret?” Podcast.

We envision the entrepreneurial life as sitting on a warm beach somewhere, laptop in one hand, mimosa in the other, watching the money roll in with the tide. When I started my own journey, I thought “self-discipline” and “responsibility” were dirty words. I probably got the idea from a self-proclaimed guru.

The last thing I wanted was to be on a fixed schedule, doing things I didn’t enjoy. The whole reason I attempted entrepreneurship was to break free from the rigid 9-5 life. I should have run away from anything and anyone that wanted to dictate my schedule, right? Not quite.

The Danger Of Freedom

It’s easy to run wild once you get your first whiff of freedom. We hit the beach on a Wednesday, just because we can. We sleep in until noon, take our sweet time answering emails, and clock off a couple of hours early. If we live this way, we won’t stay free for long.

Even “solopreneurs” have dictated schedules; they’ve simply exchanged dictators. Frankly, not many of us know what to do with freedom. We abuse our flexibility to the point where momentum stalls, cash flow dries up, and the “safe” 9-5 job we ran from looks attractive again.

The only way to maintain our newfound freedom is through those “icky” concepts of self-discipline and responsibility.

Only this time, we find them far less repulsive. Now, they serve as guide rails, keeping us on-course to true freedom. Simply put, doing whatever you want won’t keep you free for long. Only discipline will get you success, which gets you lasting freedom.

For more secrets that the so-called “gurus” won’t tell you, check out my site!

3 Tips To Control Your Freedom

The old adage goes. “To whom much is given, much is required.”

I used to think that meant you were “given much” up front – success, cash flow, resources, the like. Then, you had to be responsible for it.

Now I think life itself is the gift. The more responsibly I manage it, the more I’ll receive. This changes responsibility from a chore to a privilege.

There’s a reason Chick-Fil-A employees are trained to say “My pleasure!” instead of “No problem!” It reframes the way the employee and customer think about service.

You shoot yourself in the foot when you say “I’d like to be successful, BUT…”

Everything that follows after the “but” is a negative script about yourself or business, which won’t serve you. Train yourself to say “even though,” or even “and,” rather than “but.” This transforms the problem into a challenge you can overcome, rather than a dead end.

This may feel weird at first, but these first steps contain the power to transform your mindset and help you reach success.

Just so you know, What’s The Secret?” Podcast has an entire season dedicated to mindset.

Leverage your freedom to grow self-discipline. This unleashes your effectiveness, which is the truest freedom. When you fire on all cylinders as a leader, it maximizes value to your team, customers, audience and other stakeholders.

Top entrepreneurs have an even stricter schedule than they did when they were an employee. They micro-manage their time, even when nobody forces them, and they stick to commitments.

Take thirty minutes on a Sunday to plan out your next week. Block out time for marketing, prospecting, product development, important meetings, and personal development. When you follow through on these commitments, you’ll start to develop integrity in other areas of life. Incidentally, integrity is the greatest predictor of success.

Let’s be honest, there’s a reason we covet the laptop lifestyle. We’ve been given a picture that we can get everything we want, without any personal cost. Who doesn’t want that?

Of course, this picture is only smoke and mirrors. Most people don’t post their failures on social media. They make everything look a little better than reality. We fall for it – hook, line, and sinker.

Nobody live-tweets their greatest struggles. You’re unlikely to see an Instagram post of someone’s 50th rejection email, unless it’s framed within a larger success story. A failed launch is more likely to get swept under the rug, than paraded on the front page of a website.

Next time you see someone’s success come across your feed, remember the “invisible background” of struggle they went through. Ask yourself how hard you’re willing to work, and what you’re willing to endure. Be inspired by the wins of others, not derailed. Everyone has something to teach you, including me!