The Sega Principles: How Far Will You Go To Close A Deal? 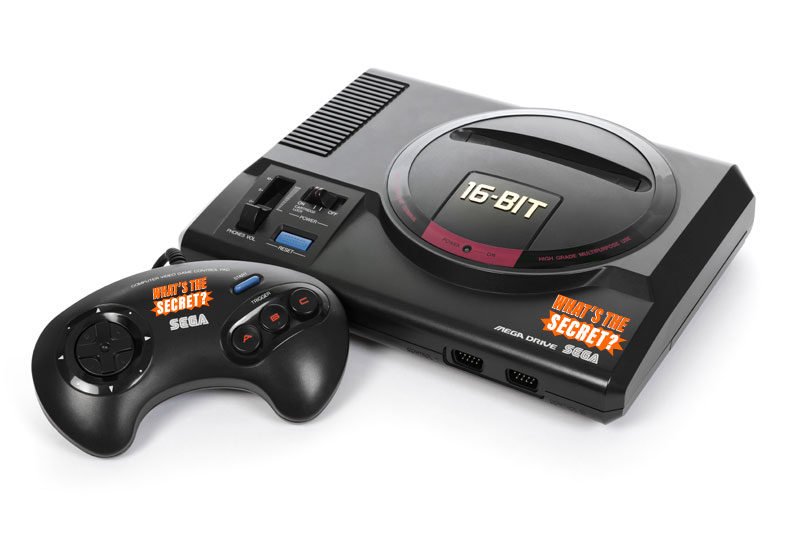 In 1989, Sega went to amazing lengths to sell its products through Walmart so they could compete with Nintendo. Through their actions, we can learn a thing or two about closing deals. But first, let me give you some context.

Have you ever heard of the console wars?

Today, the most popular video game consoles are made by Nintendo, Sony, and Microsoft. Each one does a spectacular amount of business every launch and none of them appear to be slowing down anytime soon.

But back when game consoles were new, there were only two major names: Nintendo and Sega. They vied to corner the market on video games throughout the 1990s, in a conflict the business world dubbed “The Console Wars.”

If you want to learn more, order this book! It’s a great read to understand modern business and entrepreneurship through “nerdy” subject matter.

At the beginning of the war, Nintendo had a near-monopoly on video games. Sega entered as an underdog. You can think of them as Marvel Comics Nintendo as DC Comics, or like the Boston Red Sox compared to the Yankees.

Though Sega didn’t ultimately win this battle, these scrappy upstarts changed the face of the entire industry. Let’s take a closer look at one of the most dramatic (and most instructive) moments of the war.

Sega had a brilliant idea and wanted it to soar… kind of like my most recent podcast guest, Liana Ling. Give her episode a listen to accelerate your business’ growth!

How Sega Got Into Walmart

In those days, the only way to sell electronics was through physical retailers. Walmart was the biggest retailer in the world. Amazon wouldn’t even start up for another five years.

So, if you wanted to sell your electronics, you had to go through Walmart. The problem was, Nintendo had a death grip on Walmart.

They did everything they could to ensure that Walmart only sold Nintendo devices, suppressing the competition and threatening to pull out of Walmart if anything unfavorable happened. They could get away with this because, at the time, they accounted for 10% of Walmart’s total profit.

Sega knew that to compete at all, they needed to break into the biggest retailer in the world, even if it meant going toe-to-toe with Goliath. They needed to close the deal.

Retailers were afraid to do anything to upset Nintendo. Sega talked to Walmart’s head of electronics and asked them to carry their newest console, the Sega Genesis. Predictably, Walmart turned them away.

What did they do in response?

They took over Walmart’s hometown of Bentonville, Arkansas.

Sega rented advertisements and billboards for their upcoming Genesis console all over town, building incredible hype for the new product.

They even rented a store of their own in Bentonville and turned it into an exposition center for Genesis! However, they didn’t allow customers to buy through that storefront.

Excited consumers began rushing to Walmart in droves, asking about the new Sega Genesis, the one Walmart refused to carry.

After a few months of this, Walmart caved and started carrying Sega’s products.

Though the war waged on, Sega scored an important victory. Soon, their console would be stocked by all major retailers in the U.S.

Sega had a very successful launch. If you want more success on your next launch, check out Season 4 of my “What’s The Secret?” Podcast!

What Sega Teaches Us About Closing

Thirty-two years later, Sega is still in business. They didn’t defeat Nintendo, but they still do incredibly well. They own several game studios, arcades, and even a few bowling alleys. Clearly they know how to close a deal or two.

Here are a few things we can learn from the scrappy underdog to close deals of our own.

Other companies might have given up after Walmart’s rejection. Or, they could have resorted to underhanded tactics.

Instead, Sega decided to celebrate its launch in front of Walmart’s HQ, and break up Nintendo’s monopoly by winning over the citizens of Bentonville. They couldn’t be sure that the billboards, ads, and expo would work, but they tried it anyway.

When you want to close a deal, operate in the same mentality. What sounds crazy enough to work?

You could send a thoughtful gift to an executive after your meeting to prove that you care. You could take a bottom-up approach to marketing your product.

Or maybe you should try my M.I.L.K. It Method to turn your idea into a major cash cow!

When it comes to business, relationships matter far more than a good sales pitch.

Nintendo refused to participate in friendly competition. They suppressed their competitors, threatened legal action, and threw their weight around when dealing with retailers. This worked… for a little while. Eventually, it failed.

Nintendo also bullied Blockbuster Video regarding video game rentals. When Sega came along, Blockbuster chose to work with them instead.

Nintendo started their own magazine to compete with the print journalists of the time. They stopped selling stories to other sources. So, when Sega came along, the press was more than happy to put Sega stories on their front pages.

Collaboration beats competition over time. Nintendo never overpowered Sega, rather they fell to bad investments and internal bickering. As you look to close your next deal, place a priority on the value of relationships.

Imagine being a kid in Bentonville before the Genesis launch. You would have been hyped out of your mind for the release! This awesome new company came to town and let you play their new console, for free, before it officially released.

Now imagine how you would feel going to Walmart and getting told they don’t carry Sega consoles. Ouch.

While this was going on, Nintendo made it impossible to play older games on the newer console (which is a big deal for gamers). This created an uproar from their then-loyal customers. Sega introduced an aftermarket add-on that allowed for ‘backward compatibility’ and won over millions.

If there’s anything you can do to improve your customer’s experience, do it. Even if it costs more time and money on the front end. It will be easy to retain loyal customers when they know that you put them first.

Sega disrupted a huge industry, opening the door for other upstarts (ever heard of Microsoft or Sony?), all because they knew how to close.